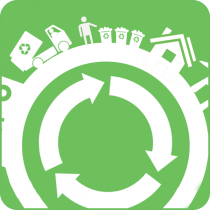 This is how it goes: resources are extracted, and then they are used to make products which eventually become waste. Repeat. End of story, no happy ending. That’s a linear economy: the anti-ecological, climate change inducing, excessive waste creating system that our society has been living with for centuries.

All of that now belongs to the past. Ahead of COP22, the UN Climate Change Conference in Marrakech; CEMR, along with ACR+ and OREE, has launched an international coalition of non-state actors on the circular economy. The circular economy, focused on our planet’s future, aims to reduce the environmental impact of a product at all stages of its life cycle: production, distribution, and consumption.

We are revolutionising the rules and structures that have governed the way our resources have been used in the world until today. From local governments to businesses, academia, and NGOs, all non-state actors are important stakeholders in the circular economy. That’s why we decided to launch this international coalition.

The coalition was launched during the Climate Chance summit in Nantes, where it prepared a roadmap of actions in the field of circular economy for the next three years to tackle climate change. In Nantes, Councillor of Runnymede (UK) and CEMR spokesperson on the environment, Linda Gillham, stated: « A successful implementation of a circular economy implies the contribution of all the stakeholders active in the chain ».

What will the coalition achieve?

Well aware that the circular economy affects us all, the coalition’s roadmap focuses on the four following points: awareness raising, exchange of best practices and capacity building, policy recommendations, and methodology and evaluation. The whole roadmap has two main priorities: The climate friendly approach our coalition is embracing does not only reduce waste, it also reduces greenhouse gas emissions by minimising transport, for instance, and has the potential to create jobs and growth. All in all, the international coalition on the circular economy is better for our planet every step of the way.