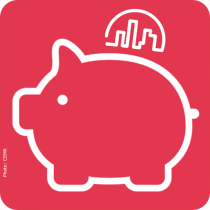 At a time when challenges like climate change and the refugee crisis are hitting local governments head-on; towns and regions desperately need to invest. The problem is, although the EU wants to revive investments, because of overly rigid investment rules, local governments are often not authorised to make crucial investments that would count as debt.

On Tuesday 4 October, however, CEMR Policy Adviser for Economic, Social and Territorial Cohesion, Marlène Siméon, and CEMR Adviser for Governance and Institutional Relations, Carol Thomas, and stakeholders from other organisations met the President of the Committee of the Regions, Markku Markkula, to tackle this challenge.

The current investment rules can seem puzzling, as local governments are much less indebted than national governments – but the latter are given more flexibility. For example, in Finland, local debt is about 9% of the GDP, whereas it’s 63% at the national level. In Sweden, local debt is 9% of the GDP and national debt 43%, and in Belgium, it even goes up to 5% at local level vs 106% at national level. How can this problem be solved?

During their meeting, CEMR informed the President on what it’s like for local governments on the ground. The bottom line is: towns and regions need more flexibility for investments. There are local governments that have investment projects in the pipeline, but they cannot go through with them because the rules will not allow them enough flexibility. This situation benefits no one, and it must stop.

We are confident that local governments’ needs have been heard. The ball is now in the Committee of the Regions’ court – we look forward to reading their draft opinion on “Bridging the investment gap: how to tackle the challenges” that should be issued by the end of the month.