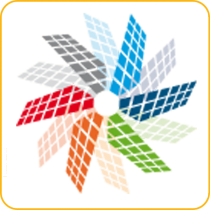 Sustainability, culture, finances, urban transformation: these are some of the topics that towns and regions worldwide have to deal with. They will also be addressed at the 5th World Congress of our global organisation (UCLG) – “Local voices for a better world” – in Bogota, Colombia, from 12 to 15 October.

Why to attend: You can take part in the world’s largest summit of local and regional leaders – an opportunity to meet and exchange with hundreds of mayors, councillors and representatives from international organisations and academic institutions from all over the world; with sessions covering a large variety of topics, from public transport to culture and finances.

Register for the congress now – you can take advantage of the early bird rates if you register before 15 August.

This summit will be taking place only a few days before the Habitat III Conference in Quito, Ecuador. CEMR is currently working on local and regional governments’ key recommendations for Habitat III, which will be published at the congress and adopted ahead of the Quito conference.

Who will be there?

Many high-profile mayors and elected officials will be at the congress. Here are some of the speakers:

The Congress in figures

Drop a line on Twitter and join the discussion

Got an idea, a comment or a concern? Drop a line on Twitter and read what others are saying before, during and after the Congress. Participate in the debates via your own tweets using the hashtag #UCLGCongress.