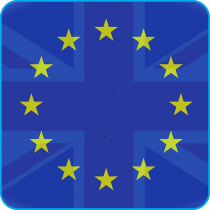 “We wish to extend our friendship and our support to our members in the UK.” With these words, the members of CEMR's Executive Bureau reacted to the UK’s decision to leave the European Union; sending a message of unity and support to CEMR’s British member associations.

This reaction is part of the statement adopted by the Executive Bureau in Bratislava on 8 July. The UK is set to leave the EU. This will have a strong impact on local governments and their representative associations. The full repercussions of the referendum may not even be known for many years.

In any case, whatever the future holds, local government associations will remain united within the Council of European Municipalities and Regions. CEMR President, Iñigo de la Serna, pointed out at the Executive Bureau’s meeting that the UK’s decision to leave “does not necessarily mean that cities would not be able to maintain relations and agreements with each other, neither that local governments should leave collaboration networks, such as CEMR”.

CEMR recognises the diverse results of the referendum, and will always offer its support to each individual association to help them secure the future they seek as representatives of local government.

United we stand for local democracy and the improvement of local public services in Europe.

The full version of the statement is available English, French and German.