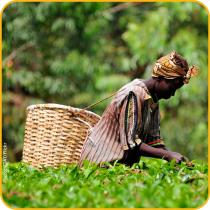 This opinion was published on EurActiv.com on Thursday 9 June.

The European Commission adopted its New Migration Partnership Framework on 7 June in Strasbourg. PLATFORMA  is deeply concerned with that so-called new approach to address the current migration crisis. Indeed, the European Commission’s proposal suffers from three basic mistakes, which raise serious doubts about its capacity to lay the basis for a sustainable and long-term solution that tackles the root causes.

The first mistake is that it ties development cooperation to partner countries’ performance in the field of migration. Development cooperation addresses a well of long-term global issues such as climate, inclusive economic growth, and political stability. Tying it to migration would be dangerously short-sighted. Diverting European Development Fund resources towards projects pursuing security objectives, such as border management and control jeopardizes long-term, global objectives to shorter-term concerns.

Second, though the European Commission rightly identifies the root causes of migration (unemployment, inequality…) it completely fails to see that such causes are best tackled at the local level. Many targeted partner countries are fragile states in which the towns and cities, though struggling against odds, are (at the very least!) as effective at offering key services such as education, economic and urban strategies as the national level. The Commission’s proposal worryingly ignores that to tackle those root causes, it is imperative to invest in local governance capabilities and promote effective decentralisation that gives local authorities clear rights and responsibilities.

Sadly, the Partnership Framework remains an exclusive “state to state club”. Not the slightest hint of supporting city to city or region to region partnerships when Europe’s towns and regions have an established tradition of working with their counterparts in partner countries,  creating employment, building resilience, and improving governance.

So what next? Well, it is relatively simple, if the EU is serious about tackling the root causes of migration the Council should hear PLATFORMA’s call to:
Those measures do not guarantee success, but ignoring them is a 100% guarantee that the declared objectives won’t be reached.