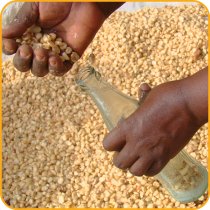 PLATFORMA calls on the European Parliament’s Budget Committee, in today’s vote on the 2016 EU budget, to reverse the Council’s cut in the “Local authorities in development” line.

Last July, the Council’s position proposed to cut the “Local authorities in development” budget line (- €8,000,000 in commitments; - €4,000,000 in payments). A 13% cut simply makes no sense when the European Union, Member States, the United Nations and the international community as a whole, consistently recognise that local solutions and initiatives are more effective to tackle global issues. Through decentralised cooperation Europe’s local and regional governments deliver efficient, long-term solutions to today’s and tomorrow’s global issues such as climate change, the refugee crisis, widespread inequalities, etc.

Furthermore, at a time of increasing Euroscepticism and growing disenchantment with national politics, decentralised cooperation has the potential to mobilise European citizens in their town or region. The EU budget support to their work is a low-cost way to show them concrete results of the European Union policies for development.

Why cutting local authorities supporting development does not make sense

Reducing the EU’s budget devoted to local authorities on this vital issue sends the wrong signal about the EU’s ambition to play its part in promoting international development.  Therefore, European local and regional governments, their associations and networks call on the EU member states and the members of the European Parliament to preserve the budget proposed by the European Commission to local governments in partner countries.