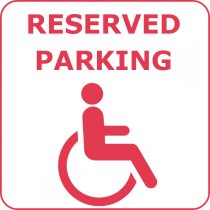 An award for cities accessible to everyone

European cities are invited to participate in the sixth edition of the Access City Award.
This European prize recognises outstanding efforts by cities to remove the too many barriers that people with disabilities and older people still face in their daily life: access to public transportation and public information or housing and living independently.

Awards will be handed out to five EU cities at a ceremony taking place during the annual European Day of people with disabilities conference in Brussels on 7 December 2015. There will be first, second and third prize plus two special mentions on access to work and accessible smart cities.