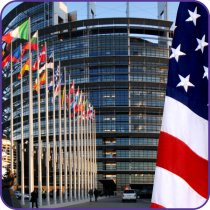 Divisions within the European Parliament provoke the postponement of the vote

Martin Schulz, President of the European Parliament, has today postponed the debate and the vote on TTIP, because of significant divisions on a controversial arbitrary mechanism.

If applied, this so-called ‘Investors-State Dispute Settlement’ (ISDS) would allow a US firm to challenge a decision made by a local authority for going against its interests or being prejudicial, for whatever reason, legitimate or not. At this stage of the negotiations, this litigation would be handled by a private arbitration court, in which partiality would not be guaranteed and which might rule in favour of the highest bidder.

As clearly stated in its position paper, CEMR opposes any dispute settlement mechanism which could circumvent traditional courts

Despite several good aspects of the recommendations put forth by the Members of the European Parliament, notably on the exclusion of public services from the scope of the agreement, these concerns are shared by the majority of them.

In the end, the only remaining question is whether the European Parliament will endorse or not the final agreement still in negotiations. In the meantime, CEMR recalls its demands to increase local and regional governments’ involvement and for a wider public’s attention to answer fears and reach a balanced agreement respectful of local autonomy.

The International Trade committee (INTA) will discuss the remaining issues next week, to give a chance to an adoption of the recommendations to the European Commission in plenary in early July.