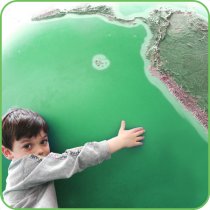 Preparation is underway for 2015 Paris Climate Conference, which will, for the first time in over 20 years of UN negotiations, aim to achieve a legally binding and universal agreement on climate. In this context, CEMR intervened at a public hearing on “The Roadmap for the global agreement in Paris”, at the European Economic and Social Committee (EESC), on 19 May 2015.

The hearing was organised as the EESC is finalising its position on the “Paris Protocol – A blueprint for tackling global climate change beyond 2020” which will go to plenary in July. At the meeting, its rapporteur Lutz Ribbe, welcomed the input by Eva Baños de Guisasola, from CEMR, on the role that municipalities and regions can play ahead of COP21.

Mr Ribbe defended that municipalities and regions are taking a whole new dimension on climate protection, on the need to prevent further damage to certain regions and people living and working there, and on the opportunities which are emerging to create new value chains.