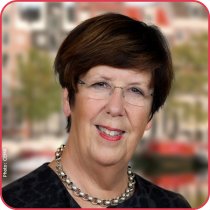 How important is the cohesion policy for towns and regions, and cities? Why it is important for local government to work hand in hand with the European Commission to achieve their goals? These are the questions CEMR President Annemarie Jorritsma addressed in an opinion piece published by Adjacent, a British media specialised in local government news.

Whether we like it or not, 40% of EU funds are invested, through different means, in our territories: regions, cities and municipalities. Besides, regular studies show that more or less 60% of the decisions taken by local government are directly or indirectly influenced by European legislation. In this context, there is no doubt, our municipalities, cities and regions are key players for economic development and growth. At a moment when Europe is searching for ways to sustain new development models, local and regional governments will be at the heart of such a shift.

In that sense, the cohesion policy, which is the EU’s main investment policy with the stated aim of supporting job creation, competitiveness, and economic growth throughout our territories, represents one of the most concrete and best examples of Europe´s engagement with our fellow citizens and territories. Given the current context this is essential today.

The economic and financial crisis, the effects of which have been felt since 2008, continues to have a huge impact on our towns, cities and regions: local finances are consistently under pressure, many municipalities and regions are facing reduced transfers from the central government. Furthermore public sector revenues are constantly falling as a consequence of the contraction of economic activity. This situation is leading to a serious reduction of investment at local and regional level, which in turn has a negative impact on the local economy and employment.

In this context, how can local and regional governments provide 500 million Europeans with high-quality health care services, education facilities, public transportation or aid to SMEs? Here EU cohesion policy has a starring role to play. This is what I would like to stress as the President of the Council of European Municipalities and Regions (CEMR), which is the broadest European association of local and regional governments. Through its 60 national associations of local government from 41 European countries, CEMR represents more than 150 000 municipalities, cities and regions, including 100 000 in the European Union.

The European Commissioner in charge of cohesion policy, Corina Creţu recently said: “The bottom-up approach in policy making needs to be complemented by a top-down drive”. There are no magical solutions to ensure that this happens in reality. We, local and regional governments through our representative associations, alongside the Commission need to work hand in hand.

It would not be fair of me to say that the Commission has made no effort to involve municipalities and regions. It was indeed during the preparation of the current cohesion policy programming period (2014-2020) that the Commission officially and, for the first time, included municipalities, cities and regions in deciding how to spend €352bn of EU funds. This development marks a huge achievement.

But there is still room for improvement. According to a study published by CEMR and its member associations, although central governments have a legal obligation to closely cooperate with local government, only 4 of the 18 countries studied kept them fully involved.

Cooperation with local and regional governments is also key to the success of European Commission President Juncker’s €315bn investment package. This is the message we want to send across, loud and clear: The failure of previous development strategies clearly showed that such an ambitious project can only succeed if local government is fully involved from the beginning.

Any cooperation with the European Commission should be extended to all EU policies that directly or indirectly affect our cities, towns and regions. It is worth saying that about 80% of energy consumption and CO2 emissions in today´s Europe are associated with urban activity. It is obvious therefore, that local and regional governments have much to say when addressing Europe’s objectives on energy efficiency and the environment.

Aware of such responsibility, over 6.000 municipalities and regions throughout Europe joined forces through the Covenant of Mayors, in which CEMR is partner, to reduce their greenhouse gas emissions by at least 20% by 2020.

It is clear to us, the solutions to climate change are first and foremost local. This is why we will actively engage our members, alongside our global organisation – United Cities and Local Government – at the United Nations summit on climate to be held in Paris at the end of 2015.

The international summit will end up in a new set of goals on climate to be achieved and local and regional governments will engage in this process. In that sense, I must say that the EU €38bn investment to support the EU’s transition to a low-carbon economy is a timely initiative that we should definitely use to enhance local energy production, bring down energy bills, address fuel dependence, increase energy efficiency and raise the share of renewables.

The cohesion policy is about empowering municipalities and cities of all type – small, medium-sized and large cities – and regions regardless of their nature, whether urban or rural. Meeting their needs while taking into account their specificities can only be achieved by working in partnership with them and their representative associations.