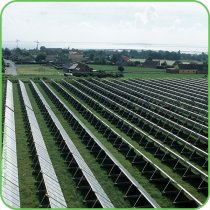 “Local actions are key to European energy security” is the title of a joint declaration  we co-signed with 5 other major EU networks of local and regional authorities - Climate Alliance, Energy Cities, EUROCITIES, FEDARENE and ICLEI - through which we have pledged to undertake five strategic sets of actions to support our member cities and regions in contributing to energy security in the EU.

The joint declaration welcomes the European Commission’s Energy Security Strategy issued in May 2014, since it recognises the Covenant of Mayors as a “key action” of its strategy and recommends that Member States support an “accelerated implementation of the Sustainable Energy Action Plans submitted by municipalities participating to the Covenant of Mayors”.

In light of this, Energy Cities, Climate Alliance, EUROCITIES, FEDARENE, ICLEI and CEMR have jointly pledged to:
Read the full text of the press release