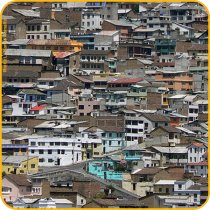 European Year for development: why 2015 will be crucial for local authorities?

The year 2015 has been designated as the European Year for Development under the motto “Our world, our dignity, our future”. Many campaigns and conferences will be organised to raise citizens’ awareness of this topic and national, regional and local authorities are invited to participate.

This is the first time that a European Year focuses on global issues and at CEMR we believe that is a timely decision. Indeed, 2015 will be a year in transition. On one hand, next year we will be reaching the deadline to achieve the eight Millenium Development Goals (MDGs) set by the United Nations – which includes access to water, eradication of poverty or reduction of child mortality, to name a few. On the other hand, 2015 will be the deadline to define a new set of objectives guiding the next sustainable development policies.

With 70% of the world population living in urban areas by the middle of this century, it is vital that global local government is provided with all the resources and competences to satisfy its citizens' needs. This is why CEMR, alongside its world organisation, UCLG, and its partners of the Global Taskforce, campaigns for the inclusion of a specific goal dedicated to "sustainable urbanisation” as a pillar of the post-2015 agenda.

This objective assumes that cities and territories are in vital need of economic growth, which has to contribute to social equity, quality of the environment and territorial cohesion. Considering the role played by municipalities and regions in sustainable development and poverty eradication, it is crucial to set an objective specifically addressed to global local government.