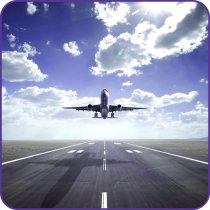 CEMR’s reaction on the new guidelines for state aid to airports and airlines, adopted by the European Commission:

The European Commission’s decision to allow airports with 700.000 passengers or less per year to receive public support is a step in the right direction for many small airports. However, we deplore the fact that the Commission’s approach is only set for 5 years. This does not provide a permanent or reliable basis for the financing of regional airports that play a vital role for connectivity and regional development. The Commission expresses “doubts as to the prospects for an unprofitable airport to achieve full operating cost coverage at the end of the transitional period, if another airport is located in the same catchment area”. This means that in the end, it will be a purely figure-based decision by the Commission, and some regional airports will still live under the threat of closure: for them, the fall of the guillotine is just postponed, but not suspended.

We believe that democratically elected local and regional governments are best placed to determine the use of the taxpayers’ money in their regions for growth-oriented initiatives, and they are held accountable by their citizens. That is why CEMR has campaigned on this issue and still holds its conviction that airports with less than 1 million passengers per year should be exempted from the state aid guidelines as a whole.

CEMR's position on state aid to airports and airlines : "EU State aid policy should not be a tool to curb regional development and economic growth"