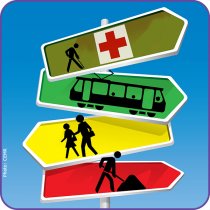 Ahead of the vote to be held on 24 January 2013, European local and regional authorities urge members of the European Parliament’s internal market and consumer protection (IMCO) committee to align the conditions for public-public cooperation in service concessions with the related provision in the recently voted on public procurement draft directive.

Adopting such an amendment would allow municipalities to transfer the delivery of a public service task to another local authority.  Indeed, say a number of local authorities decide to cooperate for the provision of drinking water, the management of waste water or any other public service of general interest, via public-public cooperation.  They could agree on one municipality taking the lead in the delivery of this specific public service, without giving up their responsibility in the matter.

The Council of European Municipalities and Regions (CEMR) is worried that the Article 15.4(a) of the European Commission’s proposal remains unchanged, as it would require local authorities to establish a “genuine cooperation […] involving mutual rights and obligations”.  These additional conditions would mean a municipality could not provide a service for another local authority against remuneration without having the latter provide another service in exchange.

However, this is rarely the case in practice.  Indeed, let’s say a city purchases a snowplough to remove snow from all its public roads and provides the same service for the smaller surrounding local authorities.  According to the Commission’s proposal, the smaller local authorities would have to provide a service in turn.  If unable to do so, they would have to buy their own snowplough and deliver the service themselves or hire a private company, which would cost much more than using an existing service offered by a neighbouring local authority.

European local and regional governments are against these added conditions as they would hinder the efficient delivery of services, knowing that some local governments are too small or understaffed and underfunded to deliver certain services on their own, let alone provide other services to larger cities.  Moreover, the conditions of “genuine cooperation” and “rights and obligations” go beyond the recent ruling of the Court of Justice of the European Union (Lecce ruling, case C-159/11, 19 December 2012, points 34 & 35), which did not assess these conditions as being necessary.