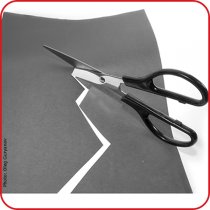 No to cutting EU budget for cohesion policy: CEMR calls on local and regional level and associations to act in the name of growth!

The time to convince your national governments not to cut the European Union budget for the future cohesion policy has come, as in the context of the crisis, a number of member states wish to reduce the 2014-2020 multi-annual financial framework proposed by the European Commission.

This call is issued by the Council of European Municipalities and Regions (CEMR) ahead of the EU Summit on 22 and 23 November 2012, where the negotiations on the future of the European budget are expected to take a decisive step.

The EU budget is directly and indirectly a budget for Europe’s local and regional authorities, their small and medium enterprises and inhabitants.  As stated by EU budget and financial programming commissioner, Janusz Lewandowski, €1 spent in the framework of the European structural funds can generate up to €14 on the ground via further investments from businesses, public and private investors, etc.

With over 90% of the EU budget spent on actions in member states, cutting the EU budget for the future programming period would seriously harm our local and regional authorities and their capacity to invest for innovation and job creation.

Local and regional authorities provide two thirds of European public investment. Savings alone will not take us out of the crisis nor help create the conditions for sustainable growth, as governments also need to invest.

In many of Europe’s regions, structural funds represent the main source of support for local investment. Therefore, support from EU structural funds is crucial. Furthermore, European funding plays an important part in showing the added-value of Europe to our citizens and the solidarity between all Europeans, as money spent via structural funds helps support activities in both beneficiary and contributing countries.  Thus, we are deeply concerned about the impact a budget reduction would have on our municipalities and regions’ ability to stimulate growth and development.

No more speeches and declarations: it is time to act!