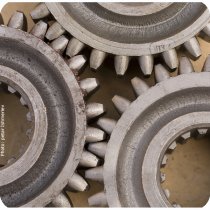 The Council of European Municipalities and Regions (CEMR) is pleased that local development is specifically highlighted in the European Commission’s proposal for a common strategic framework (CSF) in the European cohesion policy, released on 14 March 2012.

The integration of all cohesion related funds* in the framework of the CSF will help enforce the local dimension in all of Europe’s territories, in line with CEMR’s position of the future of cohesion policy.

However, in view of the upcoming negotiations on the cohesion policy fund legislative package, CEMR calls for more clarity on the role of the different funds so that local and regional practitioners can better prepare and adapt their local development strategies.

The European Commission’s proposal comes at an opportune time as it will help CEMR’s national member associations of local and regional government to better prepare for the next programming period, as they are currently working on future operational programmes and partnership agreements within their respective member states.