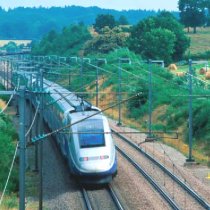 The Council of European Municipalities and Regions (CEMR) welcomes the adoption by the European Parliament of the structural funds package for the period 2007-2013, on 4 July 2006.
This is excellent news for Europe's municipalities and regions, says CEMR secretary general Jeremy Smith. Though Europe's heads of states and governments reached an agreement on the EU budget (financial perspectives) for the coming period, the Parliament still had to approve the Council's political agreement on the structural funds' legal framework for the 2007-2013 cohesion policy. Now that the Parliament has adopted the legal basis, Europe's local and regional governments can start working on EU funded programmes.
However CEMR stresses the need for these programmes to have as an overall objective the balanced territorial development across Europe (between small and large, wealthy and less wealthy, urban and rural municipalities or regions).
CEMR also welcomes the Parliament's stance in favour of the partnership principle. Local and regional governments must be involved in every phase of the new period, from strategic planning to implementation and evaluation, explains CEMR cohesion policy officer Birgit Hardt. We are pleased that the Parliament supported the Commission's proposal that makes such partnership compulsory. The EU institutions have now recognised the need for all spheres of governance to be involved, remains to be seen whether this will translate into reality within each Member State.
Background information
In December 2005, Europe's heads of states and governments agreed on a budget for the EU, for the 2007-2013 period. At the time CEMR welcomed the good news that an agreement was hammered out but regretted the reduced amount set aside for cohesion policy (€308 billion, 0.35 % of Europe's Gross National Income) since it meant a shortfall of several tens of millions of euros for cohesion policy projects.
In July 2005, the European Parliament adopted the structural funds package, first reading. According to the EU process, the Council had to pronounce itself on the issue; it reached an agreement on the issue in June 2006. Finally the Parliament had to pronounce itself on the Council agreement. It did so 4 July 2006 by adopting the package.
The European Parliament's press release on the adoption of the structural funds package (available in 20 languages)
CEMR's position on the Commission's proposal on the "structural funds" package
CEMR's reaction to the agreement on the EU budget (19.12.2005)