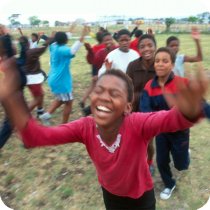 The European Platform of local and regional government is born

The European Platform of local and regional government for development was launched on 16 November 2008 to a packed audience on the occasion of the European Development Days, in Strasbourg.

Mayor of Stuttgart.and Vice President of the Council of European Municipalities and Regions (CEMR), Wolfgang Schuster, said: This new Platform brings together European local and regional government and its associations to co-ordinate and strengthen their voice at European level on all development co-operation issues. It will also help to exchange information, promote mutual learning, and facilitate dialogue between them and other actors such as NGO's.

Director General for Development of the European Commission, Stefano Manservisi, welcomed the creation of the platform and emphasized the role played by local government in development cooperation. Other representatives from EU institutions expressed their support to the platform, including Deputy Mayor of Paris and Member of the European Parliament, Pierre Schapira ; Director of EuropeAid, Aristotelis Bouratsis; and Member of the Committee of the Regions, Christophe Rouillon.

Secretary General of United Cities and Local Governments, Elisabeth Gateau, emphasized the need to reinforce the participation of local government from the South in EU development cooperation programmes: This platform will become a bridge between European local authorities and their counterparts in the South. It is a tool giving them broader access to EU programmes.

Secretary General of the Conference of Peripheral Maritime Regions (CPMR), and of FOGAR (Forum of Global Associations of Regions), Xavier Gizard, emphasized the need for territorial and cross-sectorial approaches to international development ('territorial cohesion"). The platform's ultimate goal is to make local and regional initiatives far more efficient and effective in north-south co-operation.

This north-south co-operation should include the main four actors involved in development cooperation: national, local and regional governments, civil society and multilateral organisations including the European Union, said Vice-President of the Auvergne Regional Council, representing the Assembly of European Regions, Jean-Claude Mairal.


Local and regional government from Africa get involved

Both Jorge Dias Correia (Mayor of Cantagalo, President of the Association of Municipalities and of the Autonomous Region of São Tomé e PrÃ­ncipe) and Fernando Ruas (President of the National Association of Portuguese Municipalities, Mayor of Viseu) underlined the important cooperation that has developed between lusophone countries and the expectations from the South of what the Platform will provide.

Vice President of Grand Lyon, Hubert Julien-Laferrière, presented the partnership set up between Lyon and Ouagadougou. This point was illustrated by representative of Cités Unies France, Nicholas Witt, who highlighted the important links between French local governments and their counterparts in Africa, while Deputy Director to the international section of the Association of Netherlands Municipalities, Arthur Wiggers described an exchange programme between financial managers from municipalities of the Netherlands and of Tanzania.

List of partners of the platform
Pictures of the event