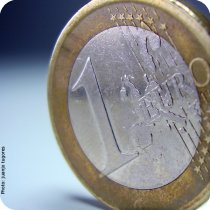 The Council of European Municipalities and Regions (CEMR) calls on the European Commission to strengthen the 2014-2020 'Europe for citizens" programme based on a symbolic budget of one euro per citizen, a total of €495 million.
This call was issued in the final declaration adopted during the closing session of the European Congress on Citizenship and Twinning held from 29 September to 1 October in Rybnik, Poland.
Indeed, this increase from the current €215 million* would allow to bring continued support to twinning links, of which there are currently 40 000 in Europe, and to extend partnership possibilities to countries to the east and south of Europe. Support for town twinning in EU neighbouring countries would notably help promote mutual awareness and understanding, and allow for the development of local democracy and decentralisation in these countries.
In order to facilitate the opening up of the 'Europe for citizens" programme to neighbouring countries, CEMR thus also recommends that the new European External Action Service include if not a full unit, then a least a dedicated expert for local and regional authorities.
Moreover, CEMR continues to bring support to the creation of a 'European Academy for Local and Regional Governance". This academy would operate in the framework of the European Erasmus programme for local and regional elected representatives, as approved by the European Parliament in 2009, and would involve a number of local and regional partners at the European level. CEMR hopes to launch the academy in 2012.
Finally, CEMR calls for the setting up of an observatory for the implementation of the European Charter for Equality of Women and Men in Local Life, launched by CEMR in 2006 and which now counts 1 050 signatories. The main mission of this observatory will be to provide a platform for the exchange of good practices and expertise in order to guide local and regional authorities in their implementation of the Charter objectives and accompanying action plans. The observatory will also provide monitoring and evaluation tools in order to help measure results on the field.
The Congress was organised by the Council of European Municipalities and Regions (CEMR), in partnership with the Association of Polish Cities, a CEMR member association, and the City of Rybnik, with the financial support of the European Commission and under the patronage of the Polish EU presidency.
* The total EU budget for the 2007-2013 financial period was of €864.3 billion.
Articles on day one and day two of the Congress workshops.
Translate