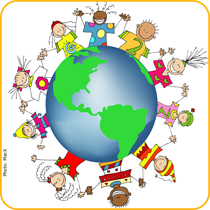 The Council of European Municipalities and Regions (CEMR) and PLATFORMA are pleased that the Commission has recognised the potential of municipalities and regions in implementing public policies in response to the dual challenge of the eradication of poverty and of sustainable development.  The communication must however be applied transversally to the whole of European development policy.  PLATFORMA and its member associations will continue to monitor the way in which this new policy will be implemented on the field.

The new communication presents several key messages advocated by PLATFORMA for a number of years, including decentralisation, the territorial approach to development, and decentralised cooperation.  The strengthening of local and regional capacities and the role of local and regional associations in partner countries are also among these key messages.

The document’s release brings a year of work and brainstorming to an end.  PLATFORMA notably undertook a consultation which saw over 350 elected officials and experts on development cooperation participate.