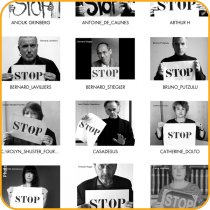 Let’s get together to help put a STOP to the war in Syria!

The Council of European Municipalities and Regions (CEMR) would like to encourage municipalities and regions across Europe to join in on the movement “White wave for Syria” in solidarity with the peoples of Syria.

The movement, to be held on 15 March 2013—the second anniversary of the start of the Syrian revolution—asks to put a stop to the crimes against Syrian individuals and the lack of justice for the victims of these crimes.

On 15 March, from 19:00 to 19:30 local time, all those wishing to participate should hold up a piece of white fabric or paper with the word “STOP” written on it.  Moreover, we would encourage municipalities to hoist a white flag over their city or town halls in show of solidarity.  A number of town halls have also organised a meeting point to ensure maximum visibility.

For more information on how to join, check out the movement’s website and the dedicated press release.