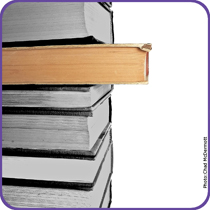 The Council of European Municipalities and Regions (CEMR) calls on members of the European Parliament to put forward a simpler and more flexible procurement regime when tabling amendments for the new European directive on public procurement.

In a letter addressed to members of the Internal Market and Consumer Protection Committee (IMCO), CEMR underlines that simplification would benefit both contracting authorities and enterprises, reducing the complexity and burdensome nature of procurement rules.  Indeed, rather than adding new rules, CEMR would suggest concentrating on the application and enforcement of existing procurement rules within member states, notably by investing in training and the exchange of experiences.

Upon meeting with CEMR in Brussels on 20 June 2012, Sally Collier, an executive director of the UK Cabinet Office, stated that the UK government fully shares CEMR’s view regarding simplification and the need to ensure that public bodies can save money when procuring. The meeting was organised by CEMR’s member association, the Local Government Association for England and Wales (LGA).

Peter Bennett, the UK’s lead policy official, added at this occasion that the new directive should not determine each and every aspect of how procurement should be run but rather provide a more flexible framework.  This would leave member states greater room to design procedures according to local and national objectives. More particularly, new and innovative forms of service delivery within the public sector must not be hindered by EU rules.

"The EU’s procurement rules have become a beast which needs taming," underlined Dominic Rowles of LGA.  "The European Parliament must revise the 246 pages of legislation proposed by the European Commission so as to ensure a much lighter regime in the future.”

“We have a once in a decade opportunity to ensure that the procurement rules are fit for purpose. Easier and simpler rules will benefit not only public authorities but also smaller businesses which often deliver more cost-effective solutions," added Angelika Poth-Mögele, director of policy at CEMR.