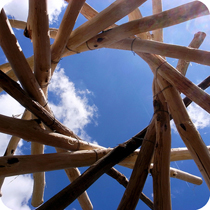 The Council of European Municipalities and Regions (CEMR) has officially become a Covenant of Mayors supporter, thus mobilising its broad membership to take action in the fields of energy and climate, to promote the Covenant and to provide support to signatories.

Thanks to this initiative, CEMR hopes to help better promote the contribution of municipalities and regions in achieving the objectives of a 20% increase in energy efficiency and the use of renewable energy as well as a 20% decrease in CO2 emissions by 2020. Indeed, CEMR considers the Covenant to be a concrete demonstration of what local and regional authorities can achieve in the fields of energy and climate as well as a vital tool in its own advocacy work and political activities.

“As a Covenant of Mayors supporter, CEMR commits to promoting this initiative as a shining example of the crucial contribution of local and regional authorities in the fight against climate change,” declares Angelika Poth-Mögele, CEMR director of policy. “Thanks to its bottom-up approach, the Covenant provides a means of promoting the concept of governance in partnership, a model which CEMR holds dear, as it allows municipalities, regions, provinces and national energy agencies all across Europe to set-up sustainable energy strategies together.”

Moreover, becoming a supporter is consistent with CEMR's work and priorities as it has been working on the issues of energy and climate* for a number of years and has previously been involved in EU energy projects, such as the Sustainable Energy Europe campaign. Fourteen of its member associations are themselves Covenant supporters.**

CEMR has also been involved in the development of the Covenant of Mayors since it was launched in 2008. Indeed, it is one of five members of the consortium representing local and regional authorities, which manage the Covenant of Mayors office. Together with Energy Cities, Climate Alliance, EUROCITIES and FEDARENE, CEMR provides daily promotional, technical and administrative assistance to Covenant signatories and facilitators. CEMR is specifically responsible for relations with Covenant supporters and for the coordination of event requests.