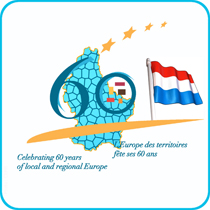 Resident foreigners encouraged to vote at municipal elections in Luxembourg

In view of the upcoming municipal elections to be held on 9 October 2011, the national government of Luxembourg and the Association of Luxembourg Cities and Municipalities (SYVICOL) launched an information and.awareness-raising campaign to encourage the foreign residents of Luxembourg to register to vote.
Luxembourg's legislation allows foreign residents to vote in local elections as long as they have lived in the country for more than five years, bearing in mind that, as of 1 January 2011, 43.2% of the population of Luxembourg was composed of foreigners.
A dedicated website has thus been launched so as to inform foreign residents on their rights, the procedures they have to follow to register and how the electoral system functions in Luxembourg.
Some municipalities are also undertaking independent initiatives at the local level so as to better mobilise this potential electorate.
Local authorities of Luxembourg and CEMR

Luxembourg is a unitary state composed of 116 municipalities.

More information on local and regional authorities in Luxembourg