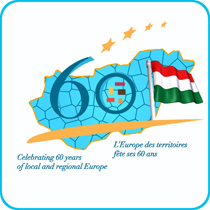 Hungarian local authorities share best practices to learn from one another

Local authorities in Hungary were given the opportunity to share best practices in relation to Roma integration, development projects with cooperation between communities, and renewable energy projects,.via the Best Practice Programme launched in 2008 by the Hungarian National Association of Local Authorities (TéOSZ).
Indeed, TéOSZ launched a call for submission of best local authority practices, awarding the best projects with a prize of one million HUF (approximately €3 600) during a conference which took place on 12 March 2010.
With 18 of the 21 submitted projects approved, the next step is to disseminate these best practices and the knowledge gained as well as provide training to local government representatives so they may best demonstrate their efforts and know-how vis-à-vis other local authorities.
'We believe in joining forces in order to develop ourselves as well as local democracy in Hungary," declared Jeno Schmidt, president of TéOSZ and mayor of Tab, the eleventh district of Budapest.
TéOSZ is to continue with the Best Practice Programme and hopes to set up a network of local government wanting to learn from one another and to commit to developing themselves and their communities.
Hungarian local authorities and CEMR
The Council of European Municipalities and Regions (CEMR) has two member associations in Hungary: the Hungarian National Association of Local Authorities (TéOSZ) and the Partnership of Hungarian Local Government Associations (KéOESZ).
Out of Hungary's seven existing local government associations, TéOSZ represents itself as well as the Association of Hungarian Local Governments and Representatives (MéSZ). KéOESZ represents the five remaining representative organisations: the Hungarian Village Association, the Association of Cities with County Rights, the National Association of Small City Local Governments and the Association of County Local Governments.
In 1989, TéOSZ was created as a part of the political transformation undertaken at the time, prior to the adoption of the Act on Local Authorities, which came into force in 1990. Today, the association is presided over by Jeno Schmidt, mayor of Tab, the eleventh district of Budapest, and aims at protecting and promoting the rights and interests of local government all the while ensuring the collective action of Hungary's local government.
TéOSZ currently has over 1 600 members, including the City of Budapest, eight capital district local authorities, more than 150 municipalities and seven cities with county rank, which accounts for a total of 55% of the country's local authorities.
Created in 1990, MéSZ is presided over by György Gémesi, mayor of Gödöllo. It has more than 300 members, including municipalities, capital district local authorities and cities with county rank.
Presided over by László Sütõ, mayor of Marcali, KéOESZ was founded in 1990 by 32 small town mayors. It sends representatives to all common local government events as well as national government negotiations and occasionally participates in formulating positions with regards to draft legislation. The association has a total of 106 members.
The seven local government associations cooperate loosely on certain occasions but usually tend to function independently from one another. They usually cooperate in the field of international affairs as well as participate in budget-related negotiations.
On 30 September 1990, the Act on Local Authorities was brought into force, that date having since then been dubbed Local Authorities Day in Hungary.
Local and regional government in Hungary
Hungary is a unitary state composed of 3 175 municipalities (települések), 19 counties (megyék) and seven regions (régiók).
More information on local and regional authorities in Hungary
Complete list of CEMR Weekly Focus articles