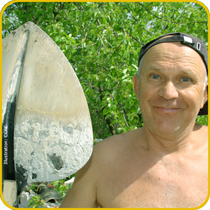 2012 to be European Year for Active Aging

The European Commission has put forward and adopted, on 6 September 2010, the proposal for 2012 to be designated as the 'European Year for Active Ageing".

The initiative will aim at creating better job.opportunities and working conditions for Europe's elderly, while helping them take more of an active role in society and encouraging them to stay healthy longer.

This proposal is all-the-more appropriate when considering the European Union's steadily ageing population, as the over-60 population is expected to increase by approximately two million per year what with baby-boomers entering retirement between 2015 and 2035.

The European Year for Active Ageing should serve as a means for raising awareness, for identifying and disseminating good practices and for encouraging policymakers and stakeholders at all levels to develop actions and goals before 2012 so as to present concrete achievements during the European Year itself.

The European Parliament and Council of the EU are expected to endorse the initiative by the beginning of 2011.