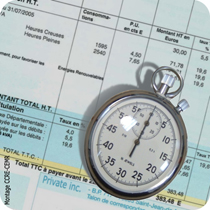 CEMR to the European Parliament: "The proposal on late payment is unfair!"

The Council of European Municipalities and Regions (CEMR) presented its view on the European Commission's proposal on combating late payment to the European Parliament's Internal Market and Consumer Protection Committee on 4 November 2009.

In the context of the financial and economic crisis, the Commission intends to help in particular small and medium sized enterprises to get their invoices paid on time. According to a survey quoted by the Commission, many public authorities pay late and therefore should be more severely sanctioned. The Commission proposes that public authorities be treated differently than the private sector: they would face stricter rules concerning the payment period (maximum 30 days) and beyond this limit, the creditor would be entitled to an interest rate charge, recovery costs and an additional lump sum compensation of 5% of the amount due.


CEMR's Director of Policy, Angelika Poth-Mögele, expressed strong opposition to an unequal treatment of public authorities: This is unfair and unjustified given the fact that in the internal market context, public authorities are submitted to competition rules like private enterprises.
CEMR calls for the same provisions to be applied to both public authorities and private enterprises. Furthermore, the flat rate 5% penalty appears disproportionate and should be replaced by a fairer sanction with a progressive element, which starts low and could increase over time.
The Policy Committee of CEMR is expected to adopt its response to the Commission's proposal at its meeting in Berlin on 30 November and 1 December 2009.
CEMR position paper on the Directive on combating late payments in commercial transactions.