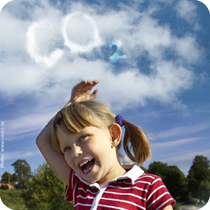 Swedish cities of Linköping et Växjö pave the way for a new approach to energy consumption.

The two cities have set up a series of projects to drastically reduce their consumption of traditional fossil fuels and become environmentally.friendly.

In Linköping, a city of 150 000 inhabitants, discussions began in the early.90’s on how to reduce emissions of exhaust pollutants from buses in the town centre. Various alternative vehicle fuels were compared. A decision arose out of debates to recycle agricultural wastes including organisc sludge to produce energy. All buses, some taxis and private cars now run on biogas, and many public buildings are supplied with green energy. And a train (Amanda) was converted from diesel to biogas in 2006. It operates on the line between Linköping and Västervik and can run 600 km on one tank. According to deputy mayor for environment, Moharem Demerok, transport pollution decreased nearly 25%.

The city of Växjö also acts to achieve energy independence from fossil fuel. As Växjö mayor Bo Frank explains, the city built a woodchip-burning power plant that provides the city with electricity. As well as generating electricity, it also supplies 90 per cent of the city with heating and hot water.

In 2005 the Swedish government announced its intention to make Sweden the first country to break its dependence on petroleum by 2020.

More information are available on ARTE and the BBC websites.