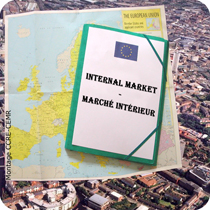 European court of justice rules in favour of intermunicipal cooperation

Delivering public services through intercommunal cooperation does not require issuing a call for tender if there is no private partner involved. This is the decision of the.Court of Justice, on 9 June 2009, in the case brought forward by the European Commission against the Federal Republic of Germany.
in December 1995, four German Landkreise (district authorities) near Hamburg concluded a contract with the Stadtreinigung (cleansing department) of the city of Hamburg relating to the disposal of their waste in an incineration facility managed by the Stadtreinigung Hamburg. The contract was concluded without there having been a call for tenders.
The European Commission argued that the Landkreise must be regarded as contracting authorities within the meaning of the public procurement (92/50/CC), that the contract was for pecuniary interest (against remuneration), and that therefore it required a public tendering procedure.

However, the Court of Justice has ruled that the cooperation between the local authorities was established with the aim of ensuring that a public task that they all have to preform is carried out.
According to the Court of Justice a public authority must be allowed to perform the public interest tasks conferred on it by using its own resources, without being obliged to call on outside entities and it may do so in cooperation with other public authorities.
The court concludes that first, Community law does not require public authorities to use any particular legal form in order to carry out jointly their public service tasks. Secondly, such cooperation between public authorities does not undermine the principal objective of the Community rules on public procurement.
The Council of European Municipalities and Regions (CEMR) welcomes the decision as a milestone for local authorities in Europe. CEMR's director of Policy Angelika Poth-Mögele adds: the Court's decision is in line with what we have been advocating for years and what we have laid down in our recent European Charter on local and regional services of general interest. Inter-municipal cooperation is a way to organise services efficiently and is also in the interest of citizens and business. At last, the Court of Justice has confirmed the right for local authorities to decide how best to organise the tasks for which they are responsible.
The decision of the Court of Justice (case C-480/06) in:
English, Français, Español, Cestina, Dansk, Deutsch, Eesti keel, Ελληνικά, Italiano, Latviesu valoda, Lietuvių, Magyar, Malti, Nederlands, Polski, Português, Română, Slovenčina, Slovenscina, Suomi, Svenska