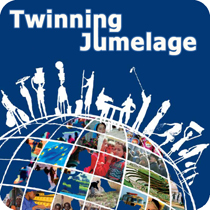 Local authorities from the 27 EU Member States are invited to conclude new twinning partnerships to be signed at a ceremony during the EU Development Days, on 15-17 November 2008, in Strasbourg.
This year's EU.Development Days will be dedicated to "local authorities and development". At the centre of the discussions will be the local dimension of development cooperation and implementation of the Millennium Development Goals in particular. Emphasis will be given to to access to basic services such as education, health and drinking water.
In a message to local government, European Commissioner for Development and Humanitarian Aid, Louis Michel, underlined the tremendous potential of twinning partnerships to involve more local and regional actors in development, in the reduction of poverty and the improvement of governance. Twinning partnerships will sustain solidarity in the long run and bridge the gap between different peoples, societies and cultures.
In order to give the opportunity to all the interested parties, the deadline for submitting proposals has been extended to 5 October 2008. To register, local governments are requested to send the European Commission their proposal by that date. The original invitation letter and the rules are available at the website of the EU Development Days.
The European Development Days will also aim to present the new website dedicated to town twinning. It will consist of two part: the first part developed by the Council of European Municipalities and Regions (CEMR) will be totally dedicated to town twinning in Europe; the other will focus on twinning partnerships for development between local government from Europe, Latin America and Africa. It is a joint initiative from CEMR and the Directorate General Development of the European Commission.