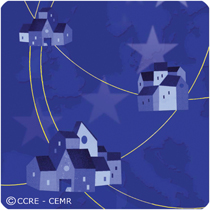 The Council of Europe has published a new study on local authority competences in Europe for the year 2007.
Its objective is to offer a new comparative approach to local authority powers and functions in a sample of the Council.of Europe's member states.
The countries were chosen as representing the broad range of experience across Europe: Germany, Spain, France, Hungary, Italy, the Netherlands, Portugal, and England. The study focuses on four local government's competences : social affairs, economic development, town planning/environment and police/public order.
The comparative approach shows, amongst others, that in Nordic countries, municipalities mainly concentrate on social and educational functions, especially in Hungary and Sweden, whereas these functions have been cut back in the England.
The study was produced by the European Committee on Local and Regional Democracy of the Council of Europe.