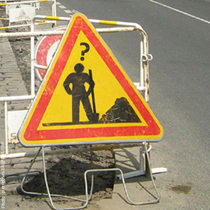 Commission communication on public-private partnerships: "There is nothing new!"

The European Commission adopted a Communication on institutionalised public-private partnerships (IPPPs), on 18 February.

'This - long awaited - Communication does not really provide any new information. It just confirms the Commission's view that the creation of a partnership between the public authorities and economic operators (IPPP) or the award of a contract or a concession to an IPPPs has to follow the rules of the public procurement directives or the principles of the EC Treaty" says Angelika Poth-Mögele, CEMR's Director of Policy. Without political decisions on relevant questions, the situation will remain unsatisfactory for local and regional authorities, she added.

This concerns to a great extent the application of the public procurement rules or the principles of the EC Treaty on the way public authorities organise their services. It also concerns the interpretation of the notion of "in-house" (the award of contracts to companies owned or controlled by local governments), where CEMR believes that the European Court of Justice ruling in the "Stadt Halle" case (saying that even a minority participation of a private partner excludes the in-house status) is too narrow and does not reflect the reality of publicly controlled companies.

Some Commission's reflections on the application of public procurement rules on how local authorities cooperate in inter-communal structures should not be pursued without political debate and the involvement of local and regional government representatives.

These questions continue to be a priority on the political agenda of CEMR, aiming to achieve the right balance between economic and market driven aspects and subsidiarity and local democracy.
CEMR's response to the Green Paper on public-private partnerships: more freedom for regional and local government