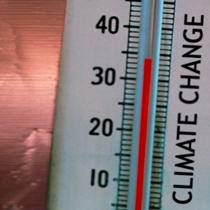 The EU policies should reflect the issue of adaptation to climate change in a more integrated and coherent manner. This is one of the conclusions of the Council of European Municipalities and Regions (CEMR) in response to the.European Commission's Green paper "Adapting to climate change in Europe - options for EU action" (28 November 2007).
CEMR generally welcomes the approach of the Green Paper; the prominent role of the local level in the joint efforts to tackle the climate change has been rightly recognised by the European Commission. Local and regional authorities are indeed on the frontline when it comes to adaptation to climate change and are increasingly engaging in this context.
In order to systematically address the issue of adaptation to climate change, CEMR points out in its response that the efforts should start at legislative level. EU legislation should be made "climate proofed" and EU and national authorities should make sure that the different sectoral policies do not contradict or jeopardize the objectives of climate change agenda.
CEMR also stresses that local and regional governments should not be left alone with the "burden of adaptation". It is essential that the EU and national authorities help with filling the existing gaps of information, knowledge and expertise on the local level. Furthermore, it is necessary that addititional resources from national or EU funds are allocated for the purpose of adapting to climate change.

The changing climatic conditions are likely to have adverse impacts in many of the activity fields of local and regional governments. CEMR members have identified a number of issues, in addition to those already identified in the Green Paper, with particular economic, social or environmental implications from local point of view.
CEMR's response to the European Commission's Green paper
The Green paper "Adapting to climate change in Europe - options for EU action"