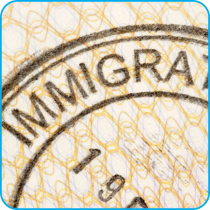 MEPs back local government over EU budget for migration

Despite being on the frontlines for the integration of migrants, local governments are significantly underfunded and disempowered in this field. On 19 February, the European Parliament’s Committee for Civil Liberties, Justice and Home Affairs (LIBE) took a significant step to address this issue.

Its MEPs voted in favour of the report establishing the future Asylum, Migration and Integration Fund (AMIF) for 2021-2027, which would allocate local governments a budget of approximately € 30 million per year, alongside other crucial empowering measures.
As it stands, this report would allow local governments to obtain the funding they require in order to be able to successfully integrate migrant populations. Therefore, Europe’s towns, cities and regions are speaking as one voice to call on all Members of the European Parliament to vote in favour of this report in the Parliament’s plenary session in March.
Parliament must confirm its position in the first March plenary
“By voting to address local government underfunding in the field of migrant integration, the LIBE Committee MEPs have demonstrated respect for people, respect for governance in partnership, and intelligent foresight into the future” stated the Secretary General of the Council of European Municipalities and Regions (CEMR), Frédéric Vallier.
On the allocation of funds, CEMR Secretary General stated: “Overall, the AMIF budget has been increased to € 10 billion. If the Parliament adopts the new report, local government associations would gain the right to be consulted for the use of € 6 billion. Moreover, at least 5% of the remaining € 4 billion would be earmarked for local governments. That is € 30 million per year. It would be the first time in history that such an amount is earmarked for local governments in this field.”
“We strongly encourage all MEPs to vote in favour of the AMIF report in the plenary session in March, before the EU elections in May, it would be a good and positive sign from this parliament before the renewal and would ensure that efforts made these last months will not be lost or delayed. Furthermore, we also call on the Council and the Commission to back the proposal. In order to be truly successful, we call for 20% of the AMIF to be dedicated to integration, and not just 10% as it currently stands. If local governments obtain sufficient resources and support for migrant integration, it would be a gamechanger for European society”, he added.
Addressing the migration challenge in towns and regions: what the LIBE Committee MEPs support
Beyond generally countering local government underfunding and disempowerment, towns and regions’ specific demands that have been supported by the LIBE Committee can be summarised in four points.