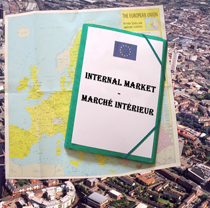 We do not need more legislation, we need clarity and flexibility!

'We do not want detailed European legislation, which increases bureaucracy and puts disproportionate financial burdens on local authorities. What we need is clarification of the law, and flexibility to decide on the best solution!"
This is one of the main conclusions of the seminar the Council of European Municipalities and Regions (CEMR) held on public-private partnerships (PPPs), on 26 September 2006 in Brussels.
Some 50 participants from 15 countries met to share their views and discuss possible ways on how to organise PPPs, inter-communal cooperation and concessions in the context of the European internal market rules.
Following a controversial series of recent decisions of the European Court of Justice (ECJ), the European Commission is preparing an 'interpretative communication" on institutionalised public-private partnerships (IPPPs), i.e. mixed public-private companies, in particular where local authorities have a majority share.
The Commission is also considering new European legislation on service concessions (i.e. contracts where the provision of a service is transferred to an external operator, which receives payments from the end-user, and not - or not only - from the public authority); these are currently not covered by the public procurement directives.
Speakers at the seminar included Rainer Plassmann, secretary general of the European Centre of Enterprises with Public Participation (CEEP), Chantal Duchène, managing director of the association of public transport authorities in France, and Jean-Claude Banon, representing the Confederation of European Businesses (UNICE). They united to urge that, if legislation on service concessions was to be put forward by the Commission, it should lay down general guidelines, and avoid the great complexity and rigidity of the public procurement rules.
Local government delegates also strongly opposed the application of public procurement rules to inter-communal cooperation for service delivery. These inter-communal arrangements, which exist in different forms all across Europe, have for many years allowed municipalities to increase efficiency and to reduce costs by creating synergies, while keeping a public structure and democratic control over the activities.
CEMR secretary general Jeremy Smith called upon the European Parliament (that is currently preparing for the vote on the report on the European Commission's green paper on PPPs and concessions) to respect the principle of local self-government: Local governments should have the right to choose how best, in the public interest, each service is delivered and financed. This includes the right to deliver services through companies they own or control, or through inter-communal arrangements, without going out to tender - provided the companies do not compete on external markets. This in no way adversely affects the European internal market, but rather allows local democracy to work properly.
The representative of the European Commission, Florian Ermacora, confirmed that the Commission is trying to find a solution which will ensure transparency and competition in the area of IPPPs and concessions. On public-public cooperation, the Commission's DG Internal Market will seek for the right balance between the different interests at stake, possibly via the proposed communication on IPPPs.
CEMR activities in the field of public services and procurement