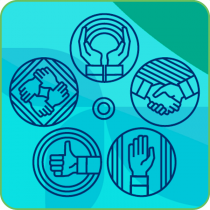 How the Covenant Community is blazing trails for the green transition

The recent European Week of Regions and Cities 2021 was the occasion to highlight how local governments and their associations are pioneering new ways of fighting against climate change.

The Covenant of Mayors Europe Office and the European Committee of the Regions (CoR) highlighted such local climate action during their workshop “The Covenant Community: a trailblazer for the green transition”, held on 13 October 2021.

The event was the moment to bring together the Covenant Community of Coordinators, Supporters and National Ambassadors from the CoR to demonstrate how the Covenant of Mayors’ model of cooperation between levels of government works in practice to accelerate the green transition.

The event notably presented the Covenant report “Multi-Level Governance in (Climate) Action – Co-creating policy solutions to tackle climate change”, which makes recommendations for cooperation and highlights examples of how the Community has worked on climate change mitigation, adaptation and energy povery.

Committing and cooperating for net zero

Julije Domac, member of the Covenant of Mayors Political Board and Director of the North-West Croatia Energy Agency (REGEA), opened the event highlighting that “2021 marks new ambitions, new targets, a new Covenant, and indeed, one shared vision: By 2050, all European citizens will be living in climate-neutral, decarbonised and resilient cities with access to affordable, secure and clean energy.”

95% of Flemish municipalities to join the Covenant

Local and regional government associations also share their perspectives as CEMR members and Covenant Supporters. During a session on multi-level climate action, Marteen Tavernier of the Association of Flemish Cities and Municipalities (VVSG) presented the Flemish Climate Pact, an idea launched two years ago by the association and developed with the Flemish government.

One of the requirements to participate in the Flemish Climate Pact is to also be a Covenant Signatory. “We think we will end up with more than 95% of local authorities participating in both the Climate Pact and the Covenant of Mayors”, Marteen Tavernier said. The Pact covers both climate change adaptation and mitigation.

We learned about the Finnish and Latvian contexts during the session on local adaptation to climate change. Pauliina Jalonen of the Finnish Association of Local and Regional Authorities (Kuntaliitto) highlighted that two-thirds of Finnish municipalities have a climate target and 130 out of 309 have a carbon neutrality target.

The Finnish Association is providing concrete and practical support such as by piloting a climate leadership coaching programme for mayors to undertake local climate work, reinforcing knowledge by producing a guide on climate adaptation for municipalities and advocating at national level for funding for climate-proof infrastructure. “The impacts of climate change are happening already,” said Pauliina Jalonen. “So adaptation needs to take place today.”

“No regrets” for Latvian municipalities

Agita Kaupuza outlined the actions being taken by the Latvian Association of Local and Regional Governments (LALRG) to support local climate mitigation. LALRG works with municipalities to choose the “no regrets option”, which can feature work on coastal areas, notably erosion prevention, or inland areas. The Association helps showcase and share best practices of local adaptation actions, on issues ranging from urban regeneration in topics that cover from regeneration to water management.

You can also consult the recording of the event.

The Covenant of Mayors campaign for achieving a climate-neutral Europe by 2050 is at full speed. More and more municipalities are renewing their commitments and joining the world’s largest movement for local climate and energy action. As a CEMR member, if you want to organise national events to promote the Covenant and provide capacitybuilding support to municipalities in your country reach out to Pedro Bizarro.