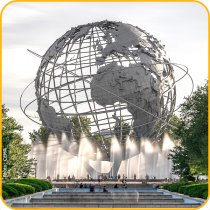 This is a major step forward. The consultation of towns, regions and their associations in the elaboration of EU development programmes should soon become mandatory. That’s what stands out in a provisional agreement on the EU’s new financing instrument for international development (NDICI).

The text stems from a compromise reached by the Council and MEPs (AFET and DEVE committees), on 17-18 March. It confirms the deal made in December. The new Instrument, to be renamed "Global Europe", highlights the need to strengthen the role of local and regional governments “as actors of development”. What’s more, support to local authorities in partner countries should amount to at least €500 million.

“With this new agreement, the European co-legislators send a very positive message to all municipalities, regions and their associations in Europe and all around the globe”, Director of PLATFORMA, Marlène Siméon, said after the votes. "The final compromise strengthens the definition of the role of local and regional governments in EU external policies: we are key partners of EU policy and major actors of sustainable development.”

Among more than 30 mentions of local and regional governments, the text reads in its recital 35: “the Union should foster close consultation and association of local authorities, as well as their participation in contributing to sustainable development and to the implementation of the sustainable development goals at local level”. The compromise in particular emphasises local and regional governments’ contributions on democracy, the rule of law, human rights, social justice and as providers of basic social services.

The compromise also clearly mentions and supports “Decentralised cooperation through partnerships or twinning, between public institutions, including local authorities.”

“Now, after almost three years of negotiations, there is no time to lose. The new financial period already started on 1 January 2021. We’re ready, and already starting our engagement with our partners in the policy dialogue and in the programming at country level”,  concluded Marlène Siméon.

The final adoption by the Council and MEPs in Plenary is planned for early June.