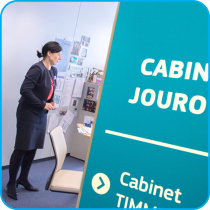 ​Interview with Commissioner Jourová: ‘The EU is not yet heaven for women’

EU Commissioner for Justice, Consumers and Gender Equality, Věra Jourová, answered our questions on what needs to be done to make the EU a better place for women to live.

This interview comes just at the right time: in June, at CEMR’s conference in Bilbao, hundreds of mayors and local leaders will look into ways to make our society more respectful of equality, diversity and inclusion.

Some argue that gender equality in the EU is moving ‘at a snail’s pace’. What has the Commission been doing about this?

The Commission has laid out a work programme that will come to an end in 2019. It focuses on areas such as equal pay, equality in decision making or gender-based violence.

To fulfil the need for gender equality, a fundamental value of our Union, we must take action in all these areas at the same time. Action at EU level will not suffice to bring about change. Everyone at all possible levels, national, regional, local, must join forces to stop the regressive trend.

In countries that are struggling to find their way towards gender equality, what would help strengthen efforts on the ground?

First of all, progress is possible. If you have a look at the Gender Equality Index of the European Institute for Gender Equality, you will see that Italy, for instance, went up by 12 points since 2005, which means 3 times faster than the EU average.

Local government has a fundamental role to play. For instance, towns and regions can adapt their infrastructure in a smart way to protect women.  It is in municipalities, towns and cities that childcare facilities or shelters for women fleeing domestic violence can be planned and built. Therefore, mayors and local decision-makers can act as leaders of change by introducing gender equality friendly policies in their own administrations.

How can the Commission support local government in achieving gender equality?

Through its funding programmes, for example the Rights, Equality and Citizenship programme, the Commission supports local civil society. We do so precisely because we know that local players know the reality and context on the ground very well. They also know what solutions are needed.

At the same time, issues are often similar across regions throughout Europe. A successful project in one place could be used as inspiration elsewhere. Cities, towns and regions should better use the opportunity not only to be active, but also to share experiences and assist each other in making gender equality a reality.

Are other funds available to support gender equality?

The EU has a long tradition of concrete financial support. The European Social Fund (ESF) can also be used to promote gender equality.

A great example of this is the winner of last year's Regio Stars Awards. With the ESF’s support, a network of support centres in Murcia, Spain helped female victims of gender-based violence and provided them with training to improve their chances of getting a job.

I am taking this opportunity to also announce that we recently opened a call for proposals supporting local civil society to prevent and combat gender-based violence and violence against children. I call on all to submit projects!

Let’s talk legislation. Could you tell us what is on the table after 2019?

We have several legislative initiatives on the table to move forward beyond 2019. First, the Commission has launched an initiative for Work-life Balance for Working Parents and Care providers. It includes a series of actions to help smoothen the integration of women into the labour market as well as to reconcile work and private life for men and women. One key issue is paid care leave for fathers.

Also, we had intense discussions on the adoption of the Istanbul Convention on Action Against Violence. It is the first instrument in Europe to set legally binding standards to prevent gender-based violence, protect victims of violence and punish perpetrators. When the EU will have acceded to this Convention, its implementation will be a priority in the post 2019 period.

We also push for the adoption of our proposal for more women on boards in EU companies listed on stock exchanges, given the persistent gender asymmetries in the board rooms across the continent.

Finally, our recently launched Gender Pay Gap Action Plan will not eliminate the gender pay gap in one go; it is clear that further action will be needed, including perhaps legislative action to ensure pay transparency as a conditio sine qua non to detect the persistent pay gap between men and women.

What is your vision for the future of Europe and gender equality policy?

Gender equality is a fundamental right and so gender-based discrimination must have no place in our Union. We are credible to the world only if we live up to our own high standards and core values.

The International Women's Day is a good occasion to remember that no country in the world has achieved gender equality yet. Even the European Union, a good place for women when compared to other parts of the world, is not yet heaven for women.

Recent events, such as the #metoo movement, show the unease in society, bringing to light how many women experience the effects of unequal power relations. In 2018 and 2019, I will continue working on the recent initiatives, but at the same time prepare the ground for the post-2019 period. Women's empowerment matters for the future of Europe.