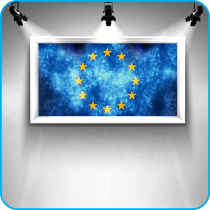 CEMR sheds light on the ‘Europe for Citizens’ new programme

A CEMR delegation today met with representatives of the European Commission (DG Migration and Home Affairs) and the Education, Audiovisual and Culture Executive Agency. On the agenda: the priorities set in the 'Europe for Citizens 2016-2020' programme, the refugee crisis and the preparation of the next 'civil dialogue' meeting.

At the meeting, CEMR representatives pointed out the importance of the "Europe for Citizens" programme, bearing in mind the prominence given to local government. However, they voiced concerns, particularly about the lack of financial support available to towns and regions.

Gone are the annual priorities

New to the programme are also the priorities that become multi-annual and apply throughout the remaining period of the programme (2016-2020). The idea behind this is to allow applicants and hence local governments to have more time to plan and prepare their projects. It also enables greater continuity over time. During the meeting, CEMR's representatives did not express strong opposition to the broadening of the time period. They, however, showed reservations about the selection of priorities around which to build the project proposals for the 2016-2020 period.

Other issues highlighted included the potential synergies between the Commission and local government on citizenship and the refugee crisis, as well as the preparation of the forthcoming 'civil dialogue' meeting. The latter aims to regularly bring together organisations interested in active European citizenship and the European Commission to discuss issues linked with the implementation of the Europe for Citizens programme or other topical issues.