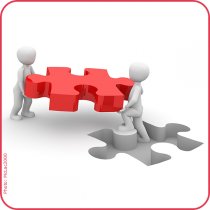 A look at the involvement of towns, regions and their associations in the implementation of the cohesion policy

With the help of its member associations, the Council of European Municipalities and Regions (CEMR) carried out a study on the degree of involvement of towns, regions and their national associations in the delivering of cohesion policy funds. The study shows that the respect of the partnership principle in this implementation phase varies a lot from one Member State to another.

Many European countries have not yet complied with their obligation to cooperate with towns, regions and their associations

The evidence found and presented in the study also shows that in many cases, like in Austria or Belgium, national associations of local government merely accomplish an information role – by disseminating activities through publications and events - but they are hardly involved in discussions with the managing authorities.

A high priority is given to urban areas

The Commission set an instrument aiming to deliver EU funds simultaneously in urban and rural areas, taking into account the linkages between both dimensions: the Integrated Territorial Investments (ITIs). However, another CEMR study on the use of the ITIs reveals that despite its creation, most of the plans are exclusively targeting urban areas. This is the case in England, where 10% of EU Regional development fund is being spent on sustainable urban development in the 8 main cities.

Unfortunately, this does not reflect the needs on the ground. Today, Europe is characterised by a high number of small and medium-sized cities, and almost 80% of rural population lives close to urban areas. Therefore, the ITIs should not apply solely to urban areas but rather to towns and cities and their surrounding areas to carry on cross-sectoral actions with the help of EU funds, as repeatedly supported by CEMR.


CEMR together with its national member associations covering all EU Member States are keen to contribute to further deepening the partnership principle both in terms of monitoring its application and to draw the appropriate lessons for the next programming period.