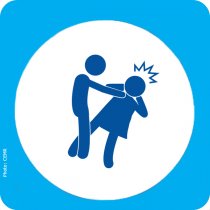 The UN has selected 25th of November as the International Day for the Elimination of Violence against Women to raise awareness on the fact that around 35 % of women worldwide have experienced physical and /or sexual violence at some point in their lives.

As the level of governmental closest to the citizens, towns and regions play an important role in preventing gender based violence and supporting victims. To date, around 1500 local and regional governments have committed to do so by signing the European Charter for Equality.

In its Article 22, the Charter calls on signatories to implement different types of actions, including support to victims, providing training to professionals, raising awareness campaigns; and ensuring coordination between the different service providers for victims (police, health and housing authorities).

In the framework of an EU-funded pilot project, carried out by CEMR and its project partners, a survey was conducted to assess the level of implementation of the Charter on the ground. The results showed that a majority of towns and regions are committed to combat violence against women:


The full article is available on the Observatory's website.


Source: The Observatory on the European Charter for equality of women and men in local life