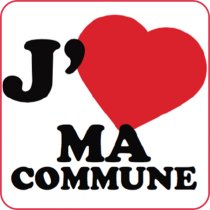 The Association des Maires de France (Association of French Mayors - AMF) has launched the campaign "J'aime ma commune" (“I love my town”) campaign to inform the citizens and communities of what is at stake and of the impact that this decision will have on their everyday lives.

To learn more about this initiative, as well as to have an overview at European level, we interviewed the Mayor of Sceaux, Philippe Laurent, who is Executive President of our French Association (AFCCRE), CEMR Spokesperson on local public finances and AMF Secretary General.

French mayors are mobilising on 19 September against the cut in State allocations to local government. What is the campaign specifically about and what are your demands?

Acknowledgements must first be made regarding the support of 17,500 motions, which were passed by the municipalities and inter-municipal bodies to bolster the actions taken by AMF against the cut in financial transfers from the State, which are not a “gift”, but rather compensation for the transfer of powers in place for decades and the suppression of local taxes.

In four years, even though local governments have been a driver of growth representing 70% of public investment, they will be stripped of resources equivalent to 34 billion euro given developing trends (28 billion in constant volume). This represents a year of self-financing. It is a huge amount, which will destabilise the financial equilibrium of the sole remaining viable component of French public actors, bringing about a fall in investments and a noticeable reduction in the level of daily public service offered to citizens. Already in 2014, investment was more than two times lower than in 2008, even though it was also an election year. In addition, estimates for 2015 are showing a drying up of orders. Ultimately, it is as if the State, incapable of finding in its own coffers or in the social security institutions ways to secure the savings necessary (for example, fighting more effectively against all the cases of fraud and abuse that are hardly secret, do away with the duplication of tasks that it has kept up in spite of the transfer of powers, etc.), has instead opted to sacrifice local public actors and sought to pass on to them, by suffocating them, a share of its debt and fiscal unpopularity, all while carrying out or encouraging systematic smear campaigns against local public management. All of this is unfair, ineffective and dangerous.

Although French local elected officials are not questioning the need to contribute to the reduction of the public deficit, they believe that the timetable and the amount of the decrease in allocations are unsustainable for French municipalities and inter-municipal bodies and the economic activity in the territories. The share being asked of local government is disproportionate in comparison to the part that is expected from the State and social security. Local government contributes up to 22% of the global effort, even though their share of civil debt comes to less than 9% while the State’s share amounts to 80% and social security’s is 11%. We are not opposed in principle to local and regional governments contributing to help reduce the State deficit but the burden is too heavy. We are asking that the timetable and the amounts to be levied be revised in order to protect investment and to maintain services for the population. It should be recalled that 50% of the orders for the construction and public works sector are fulfilled by local government. Thus, 60,000 jobs (out of 270,000) are being directly placed at risk by the decrease in public procurement resulting from the cut in allocations.
It must be kept in mind that the cut in allocations will result in the collapse of self-financing of municipalities, which will drop from ten billion euro in 2013 to one billion in 2017.

It should also be noted that the decrease in allocations coincides with the duration of the Juncker Plan (2015-2017): local governments that could have had access to SIEF for their projects, classified as a priority by the European Commission, will therefore be denied this option as a result of the lack of self-financing.

What are the main actions that will be carried out and what results do you expect to obtain from this campaign?

To close out a national communications campaign launched at the end of August, AMF has called for a large-scale national day of action on Saturday, 19 September 2015 to take place in all the French municipalities and inter-municipal bodies, at which time citizens will have the opportunity to meet their elected officials, from 10.00 to 12:00 noon.

In culmination of this mobilisation in support of municipalities, this event will take place, symbolically, on one of the European Heritage Days because municipalities today are “a heritage in danger”.

Its aim is two-fold: raise citizens’ awareness of the concrete impact on their daily lives, of the decrease in allocations and of territorial reforms as well as secure their support in defence of municipalities, heritage in danger.

This mobilisation can be a specific gathering in front of or in the town hall, in the village square, at the market if it is a market day or in any other public building or venue that seems suitable or appropriate on this heritage day.

These claims have been made elsewhere in Europe, notably in the United Kingdom and in Finland. Does it in fact mean that this trend is indicative of the gradual phasing-out of the principle of decentralisation?

This is effectively fatal behaviour for the Member States of the European Union. Today, it is local government for the most part that handles the proper day-to-day functioning of the country, that implements community-based public policies, that takes care of the social fabric, that ensures an essential minimum of social cohesion among its citizens, without which the country risks falling into a form of anarchy. Weakening it in this way is taking an enormous risk. Only proven ignorance of situational realities or contempt for the senior administration levels as expressed by a few ministers, who have forgotten that they too were local officials once, can explain such a strategic error.

At CEMR meetings, we can see that this development is unfortunately similar to what is occurring in practically all the countries: the central State, facing difficulties, transfers the management of many public services to local governments without granting them the additional financial means needed. In the Netherlands, the funds allocated to the new powers of local government were “discounted” by 30%. In England, transfers to the local level decreased by 14 billion euro.

Even worse, the fall in public investment is becoming a major problem for European territories and the actors at those levels: for example, infrastructures in poor condition cannot sustain growth and business development. Thus, one of the factors attracting investors to France, which has good infrastructure today, is facing a very direct threat in the medium-term. Yet, it may not be obvious immediately, which works out well for the majority of States adopting a short-term approach. However, once sub-standard facilities appear, considerable efforts will be necessary to overcome the damage. This is the case in Germany today, which has been sacrificing public investment for ten years now.

State responsibility for this strategic error is unfortunately shared by the European Commission, which is highly regrettable. We have brought attention to this matter several times without managing to produce any significant change in the mindset of the keepers of the Maastricht criteria “dogma”. Yet, as was unanimously called for by CEMR elected representatives in Rome last December, the methods used to calculate the “deficit” and debt should be reviewed. The debt incurred for plugging a “gap” in the financing of recurring actions (for example, paying public agents) should not be viewed in the same way as debt resulting from investment. It is incoherent that the cuts in public investment, and therefore a slowdown in growth, remain part of the objectives laid down by the Maastricht ratios. Local government debt has been incurred solely to finance investment, unlike the State and social security, and therefore the financing needs of local government is not a “deficit” in the usual sense of the term. Furthermore, the only reason that the reduction of the French public deficit in 2014 to 4% of GDP was possible was because local government investments decreased by 5 billion euro! A good result in fact compared to the one imposed by a European accounting system focused on form that does not consider the future at all.

Do you have some concrete examples of the impact on local government from the decrease in allocations?

The examples are endless. There is the reduction in support for the associations that shape social ties on a daily basis, the cut in support for sports clubs, already poorly treated by their federation as soon as they are not “in the limelight”, the decrease in the frequency of waste collection or of street cleaning or the reduction of social services such as personal care assistance for the elderly who require a lot of personnel.

Of course, in certain cases, the reduction of means may be offset, in total or in part, by an increase in prices (this is what is happening now in France, to the detriment of families in particular) or in local taxes (this is undoubtedly what will also happen, despite the fact that everyone already considers the bases used for calculating these taxes to be obsolete and unfair!).

Will these cuts in local government budgets put a brake on the momentum to end the economic crisis in Europe?

Local government and local governments are not just any commonplace economic actors. Local elected representatives possess democratic legitimacy and also embody the general interest. We must call for new relations between the central and local governments built on trust in order to rebuild public action pacts oriented towards the future. The European Institutions would benefit from being more open in terms of the realities on the ground because the current worsening situation is leading towards real social difficulties resulting from the lack of public services. Worse perhaps: everyone knows that when collective responsibilities are no longer carried out by public service, they are taken up by sectional groups with closed interests. More than just the quality of the day-to-day lives of our inhabitants, it is our democracy itself that is in danger.