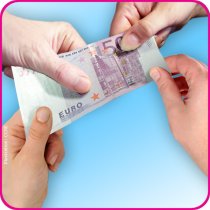 The Council of European Municipalities and Regions (CEMR) welcomes with great enthusiasm the proposal to draw-up a common post-2013 EU strategic framework for a number of European funds, as put forward by four.Commissioners* in an unreleased letter dated 31 August sent to European Commission President, José Manuel Barroso.
'CEMR has been hoping for such a proposal for years as it would enable a more efficient local and regional development", states Frédéric Vallier, CEMR Secretary General. 'In the past, local and regional authorities have had problems with achieving the coherence of their projects and with addressing social, environmental and economic problems efficiently and in an integrated way. These difficulties are largely due to the fragmentation of EU funding programmes. Therefore, we are very enthusiastic about the Commissioners' proposal and hope that President Barroso and the Council will endorse it, the European Parliament having already asked for this in the past."
Policy integration and complementarity
Indeed, CEMR has repeated time and again** the importance of adopting a coordinated and integrated approach for the strategic guidelines and the EU budget architecture with the aim of combining funds of different programmes. Only a greater complementarity of policies and their respective funds can ensure the effective implementation of the Europe 2020 strategy.
We welcome this proposal but would encourage the Commission to go even further and better integrate all EU policies with an impact on EU territories, including Research and Development Policy, transport policies, energy policies, environmental policies, and internal market and competition policies, particularly state aid.
Reduced administrative costs
Funding programmes and administrative processes must be simplified to reduce the administrative burden on local and regional authorities. Flexible allocation and common rules for funds must be implemented in order to reduce the administrative burden. CEMR believes that each territory should receive a single block of consolidated EU funding, which is based on a set of priority outcomes agreed between the territory, the member state, and the EU. The proposal of the four Commissioners is an important first step in this direction.
Background information:
* The proposal, which referred to the European Regional Development Fund (ERDF), the European Social Fund (ESF), the Cohesion Fund, the European Agricultural Fund for Rural Development (EAFRD), and the European Fisheries Fund (EFF), was issued by the Commissioner for Regional Policy, Johannes Hahn, the Commissioner for Maritime Affairs and Fisheries, Maria Damanaki, the Commissioner for Employment, Social Affairs and Inclusion, László Andor, and the Commissioner for Agriculture and Rural Development, Dacian Ciolos.
** Latest relevant CEMR policy positions:
- CEMR key political messages on cohesion policy and the Europe 2020 strategy
- CEMR policy position on the future of EU rural development policy
- CEMR policy paper on the future of EU cohesion policy