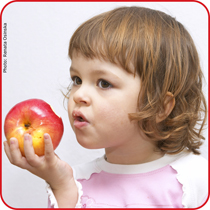 Who will be the winner of this year’s award? Find out on 13 May!

A number of European municipalities will be in the running for the Cities for Children* European Award of Excellence, the ceremony having been planned for 13 may 2013 in Stuttgart (Germany).

Cities for Children rewards entrepreneurial and children-friendly initiatives undertaken by cities all over Europe.  Last year’s winner was the City of Oldenburg (Germany) for its project aimed at revitalising the vacant city district of Donnerschwee.

This year’s overarching theme will be healthy nutrition and physical activity for children and adolescents in the city.  The winning project should not only be innovative but also feasible and transferable to other cities.

Date: 13 may 2013 at 18:30.
Venue: Sport Stuttgart, City of Stuttgart, Germany.
Registration: Fill out the online registration form or the paper form  to send by post before 3 May 2013.
Languages: English and German
Website: www.citiesforchildren.eu

* The European network Cities for Children is an initiative of the City of Stuttgart (Germany), launched in 2007.  The network promotes the exchange of good practices in terms of the well-being of children, young people and their parents in cities.  Today, 75 cities from 32 European countries are members.  The Council of European Municipalities and Regions (CEMR) is one of the network’s partners and is actively involved in supporting the initiative.