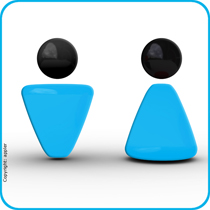 Don't miss out on our workshop on the participation of women in local decision-making!

How has the participation of women in local decision-making evolved in the past years? What role can the European Union play in promoting equality between women and men in local life?.What are the goals and priorities for gender equality for the next ten years?  How can CEMR’s European Charter for Equality of Women and Men in Local Life, elaborated by the Council of European Municipalities and Regions (CEMR), serve as a basis for a similar charter at the international level?

Find out the answers to these questions and bring your own input to the table during a workshop on "the participation of women in local decision-making" led by CEMR in the framework of the three-day Global Conference of Local Elected Women in Paris, France.

CEMR will notably launch the Observatory on the European Charter for Equality’s website at this occasion.  The website is to be an online tool for the Charter’s 1 300 signatory municipalities and regions, providing them with support in the elaboration and implementation of gender equality action plans.  It will also include examples of best practices and an atlas of signatories.

The Conference, entitled “Gender equality, a priority for global development”, will also see participants discuss ways of making our cities safer for women as well as the role of women in finding innovative funding methods and access to basic services.  The overall aim of the event is to put forward recommendations so that the participation of women in all decision-making fields becomes a priority in the United Nations’ post-2015 global agenda for development, the successor of the millennium development goals.

The Global Conference is organised at the initiative of Anne Hidalgo, first deputy mayor of Paris and chair of the Committee on Gender Equality of United Cities and Local Governments (UCLG), the worldwide organisation of local government.  Organisers include the City of Paris, UCLG, CEMR and Metropolis (the world association of the major cities), with the support of United Cities and Local Governments of Africa (UCLGA) and the Federation of Latin American Cities, Municipalities and Associations (FLACMA).  The Conference is to be held under the patronage of UN Women.