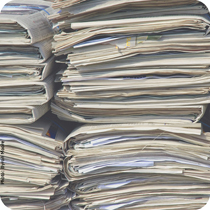 “The too detailed provisions put forward in the European Commission’s proposal for a new directive on public procurement are contrary to the need for simplification, especially when considering the more general fatigue vis-à-vis far too detailed EU legislation.”

Such was voiced by Angelika Poth-Mögele, director of policy of the Council of European Municipalities and Regions (CEMR), at the occasion of a public hearing on “Modernising EU public procurement rules – at the service of sustainable growth in lean time”.  The hearing was organised by the European Parliament Committee on internal market and consumer protection on 20 March 2012 in Brussels, Belgium.

CEMR believes the Commission’s proposal to be disproportionate and, to a large extent, against the principle of subsidiarity, as it adds new and increasingly burdensome administrative and procedural requirements.

In this context, Poth-Mögele outlined possible ways to achieve simplification, such as increasing the thresholds for goods and services from which a European public procurement procedure becomes applicable.  Such an increase would help save time and reduce costs for both the tendering authorities and the bidders.

Another possibility could include a lighter and more flexible procurement regime, similar to the World Trade Organisation’s Government Procurement Agreement, and with a special focus on the principles of equality, transparency and non-discrimination outlined in the Treaty of the EU.  The need to increase awareness and incentives to look for innovative solutions, in particular with regard to e-procurement, was also highlighted as a potential means of achieving simplification.

“We at CEMR appreciate that the European Parliament shares many of our concerns in its 2011 resolution,” explained Angelika Poth-Mögele.  “Therefore, we strongly urge the Parliament to take a bold step in reducing legal and administrative burdens, all the while liberating the capacity for procurement by harnessing the potential of e-procurement.”

Upon considering recent rulings of the Court of Justice of the EU (CJEU) and the 2011 European Parliament resolution, CEMR advocates the exclusion of public-public cooperation from the scope of the public procurement directive, provided that certain criteria are met, as determined by CJEU jurisprudence.