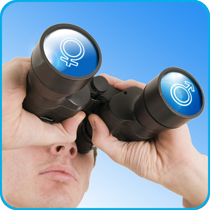 On 8 March 2012, at the occasion of International Women’s Day, local and regional elected representatives from a number of European countries have launched the Observatory of the Charter on Equality of Women and Men in Local Life.  It is in this context that they have published the column below and call upon municipalities and regions all over Europe to commit to the Charter and to the principle of gender equality.

Gender equality has come a long way over the centuries but much remains to be done and, to quote Greek philosopher Aristotle, “if liberty and equality are chiefly to be found in democracy, they will be best attained when all persons alike share in government to the utmost.”

Indeed, without equality and the full participation of all citizens in local life, our municipalities and regions cannot thrive to their fullest.  We, European local and regional elected representatives, are thus pleased to announce the birth of the Council of European Municipalities and Regions (CEMR)’s Observatory for equality between women and men at the occasion of this year’s International Women’s Day.  This Observatory will aim at helping local and regional governments all across Europe develop and safeguard gender equality in the daily lives of their citizens and in all locally-led actions and initiatives.

The Observatory has been created in support of the European Charter on Equality of Women and Men in Local Life, launched in 2006 by CEMR and which now boasts close to 1 300 signatory municipalities and regions including those we ourselves have been elected to represent.  By signing the Charter, local and regional authorities have committed to the principle of equality between men and women and to implement the commitments set out within the Charter on the ground.

Along the same line, the Observatory of the Charter on Equality of Women and Men in Local Life will aim at helping with the drawing-up, implementation and monitoring of local action plans.  It will also provide a platform for exchange and cooperation between local and regional governments and their national representative associations, as well as training sessions with experts in the field of gender equality.

We firmly believe the Observatory to be a necessary development in the struggle for gender equality and an important step on the path towards a Europe where men and women are treated equally.

This is all the more pertinent when considering that local and regional authorities are the sphere of government closest to the 500 million men and women in Europe today and are thus best placed to combat inequalities and to promote a truly egalitarian society.  Thanks to efforts led by the Swedish Association of Local Authorities and Regions (SALAR), the Swedish national government, which is among the financial supporters of the Observatory, have themselves allocated €25 million to support local and regional actions for gender equality.

Furthermore and to give an example, the City of Malmö, aims at integrating the issue of gender equality into all of its activities, initiatives and services by the year 2013, thus ensuring the equal distribution of resources, power and influence among people of all sexes and backgrounds, including with regard to employment and working conditions.

The City of Paris, also an Observatory benefactor, signed the Charter in December of 2007 and has since then implemented a number of action plans including one to ensure professional gender equality within its civil service.  The action plan, which has thus far been a great success, includes measures to ensure a gender-balanced workforce, to support career development, and to ensure a balanced representation of men and women in management or decision-making positions.

On a final note, and in a difficult context marked by prolonged crisis, we are happy to see that 155 Greek municipalities have recently pledged themselves to the principle of equality between men and women as set within CEMR’s European Charter on Equality of Women and Men in Local Life.  Now and on this day celebrating women's economic, political and social achievements, we call upon all municipalities and regions to commit to the Charter, making Europe a better place for all of its citizens, man or woman.