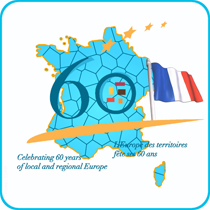 In 2009, the French association of the Council of European Municipalities and Regions (AFCCRE) began a reflection process on the future of town twinning and partnerships in the hopes of revamping the movement launched by CEMR and its national sections in 1951.
'In order to contribute to the revamping of town twinning," explains Frédéric Valletoux, AFCCRE secretary general and mayor of Fontainebleau, 'partnerships must be opened up to new actors, new themes, new territories and new working methods."
Thus, in September 2009, the AFCCRE organised its first national meeting on twinning and partnerships so as to launch the general debate on the town twinning movement.
In the context of this reflection process, the AFCCRE wished to implicate French local and regional authorities in the European debate on the future of the European Commission programme 'Europe for citizens". A consultation process thus began in 2010 through the setting-up of six forums for reflection, which aimed at analysing the added value of town twinning in the promotion of a more concrete Europe and at proposing and encouraging new types of partnerships.
Further to this consultation, the AFCCRE is currently working on a manual of good practices which takes inventory of innovative local and regional twinning and partnership projects.
In February 2011, the French association also created a committee on 'twinning and Europe for citizens" so as to further the reflection process and allow for active elected representatives, local actors and organisations representing local and regional government to discuss and exchange on the topic.
A second national meeting is planned for 2012 in order to increase the awareness of the European institutions at a decisive moment in the negotiations on the future 'Europe for citizens" programme.
French local and regional authorities and CEMR

The AFCCRE is CEMR's French section and was created in 1951, the same year as the European umbrella organisation. The town twinning movement is at the heart of the French association's founding activities, which have now come to encompass all European policies with a direct or indirect effect on local and regional authorities in France.
Presided over by Louis Le Pensec, deputy-mayor of Mellac and former French minister, the AFCCRE represents close to 1 500 local, departmental and regional authorities as well as inter-municipal structures.
CEMR's French section also advises its members when it comes to searching for information, contacts and funding for transnational projects. Finally, it monitors European legislation so as to allow for local and regional governments to anticipate the ensuing consequences at the local level.
Local and regional government in France
France is a unitary state composed of 36 682 municipalities, 96 departments, five overseas departments, 22 regions and four overseas regions.
More information on local and regional authorities in France
Complete list of CEMR Weekly Focus articles