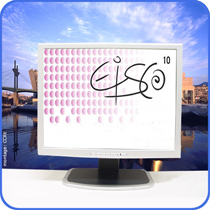 EISCO: Call for stronger involvement of citizens in web 2.0 society

How to improve local public services and better involve citizens in a web 2.0 society were the main topics discussed during the 8th EISCO 2010 Conference, held in Bilbao from 20 to 22 May, and organised with the support of the Council of European Municipalities and Regions (CEMR).
The web 2.0 society brings about a number of new opportunities and challenges for local and regional authorities, as underlined in the EISCO 2010 draft declaration. These opportunities and challenges 'show the importance of setting information society issues high on the political agenda and of launching the Digital Local Agenda processes across Europe," stated CEMR Secretary General, Frédéric Vallier at EISCO.

In order to meet these challenges, participants made a number of recommendations and suggested potential actions for local and regional authorities. Decentralised governments need to, for instance, provide internal or external training courses so as to develop the ICT competencies of their civil servants.

Other recommendations included the involvement of local and regional authorities in the drafting and implementation of national and European digital agendas and ensuring the provision of financial support for local and regional initiatives, in particular from European Structural Funds.

Another important item discussed was the lack of interoperability and coordination between levels of government and sectors, one of the biggest obstacles to eGovernment. The European Commission's Directorate General for Informatics (DIGIT) organised a parallel session on the Commission's work on interoperability.

At the occasion of EISCO, CEMR launched its manual on Implementing Strategies for Local and Regional eGovernment. The manual provides national associations of local and regional authorities with advice on how to assist their members in the drawing up and implementation of strategic eGovernment plans.

Both EISCO participants and others interested in eGovernment at the local and regional level are invited to propose modifications to the draft EISCO 2010 declaration until Saturday 29 May via the EISCO 2010 blog.