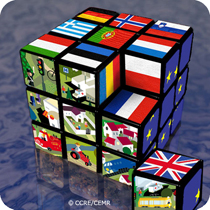 The European Parliament's Intergroup "Urban Logement" (urban housing) is organising a conference on new forms of governance at the local level, in Reims (France) on 15 September 2008.
The conference will.mainly focus on the issue of the multiplication of competences between local, regional, national and European authorities, stating that This maze of competences, incomprehensible to the citizens, surely generates a waste of time, of efficiency, and sometimes of ambition.
Speakers will include the president of the Intergroup Urban Logement Jean-Marie Beaupuy, the mayor of Reims Adeline Hazan, the European Commissioner in charge of regional policy Danuta Hübner, and the vice president of the Intergroup Urban Logement Jan Olbrycht.
Member of the European Parliament Oldrich Vlasak will represent the Council of European Municipalities and Regions since CEMR supports the conference.
The agenda includes sessions on issues such as the current situation of territorial governance as well as actors and tools of governance.
A representative of the French presidency of the European Union will present French experiences in the field of territorial governance.
The conference will take place in French and English.
More information and draft agenda of the "Towards a new governance of territories" conference (currently available in French only)